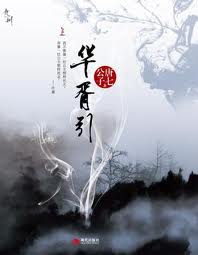 I’m on a roll. I realised that there are no scene translation tit bits for what is currently my favourite C-novel (the horror!), Hua Xu Yin. I was itching to translate something from HXY for some time – at first, I was going to do the epilogues, but two paragraphs in, I dropped it because it was really just too depressing.

After discussing it with Peanuts, we thought that it would be most appropriate to kick off with a translation of A’Fu and Mo Yen’s first meeting. The rumor is that this will be cut from the drama adaptation (I think at this point, they should not use the term adaptation and just stick an “inspired by” tag on it – although maybe they have paid too much for the book rights not to call it an adaptation).

Their first meeting is pretty long as they wind up spending a week or so together. I don’t have the patience to wait to translate finish before posting it in its entirety, so I will be posting it in parts. So here is the first one – hope you guys enjoy it!

A midsummer’s night – there are many lovely ways to describe it. However, reality is often cruel. It is said that during midsummer nights, poisonous snakes are particularly aggressive. Three students who went outside the School grounds have already died from incidents of snake poisonings; all of the students have been warned to take extra care.

I was young enough to still believe that I was very special and therefore will not end up like the unlucky trio. So I went out of the School grounds without any bringing with me any red orpiment [1]. Thinking back, the three unlucky students who died from snake poisonings must have also thought that they were very special. Everyone thinks that they are special, but in the eyes of others, they are not that special. In the eyes of the snake, they are even less special. From the perspective of a poisonous snake, only those who carry red orpiment are special. When we are young, we keep chasing after what makes us different from other people. But when we grow up, we always chase after what makes us similar with other people. If we could switch the two mindsets around, wouldn’t that be good? At least, that may have saved those three students’ lives. They might have ended up as coma patients, but at least they would meet such sad deaths.

As a person who similarly does not carry red orpiment, the poisonous snakes treated me the same way they treated the aforementioned three students. A small pitviper viciously bit my leg, its poison entered my bloodstream and circulated around my body. I swayed and fell down. I finally understood the above and randomly remembered that the painting I completed two days ago have been hung properly. After remembering that, I felt that I had nothing left to regret and thus can pass on in peace. I closed my eyes and waited for death.

Just then, I hear the sound of footsteps approaching and stopped next to my body. A pair of hands lifted me up. The clean scent of plum fragrance wafted into my nostrils, bringing to my mind the picture of a silent and starry night in February during the plum blossom season.

I woke up to the feeling of blood rushing towards my lower abdomen, and my hands clutch at my belly in pain. Something soft is pressed against my leg where I was bitten, which had become numb. My knee was bent at an angle and my leg was held up by something that felt like a leather cord. It all felt very weird. I could not stand it and struggled to open my eyes to see what was happening. What I saw almost took my life away.

I was in a cave and I was lying on a stone bed. Under the white moonlight, my right leg was being held up by a man’s hand. His mouth was pressed against the wound on my ankle. From that angle, I could only see his profile that was covered by his hair; it made me want to impulsively brush it out of the way. He did not realise that I had awaken, and continued to sit quietly at my bedside with his lips pressed against my leg, his long hair brushing against my leg.

I naturally assumed that I was being molested. So I gave him a good hard kick, which caused a chain reaction. It resultied in blood starting to flow from a certain unmentionable part of my body.

He evaded my attack nimbly by taking a step back, which showed that he had good martial arts. I did not even understand how he had shifted his position from sitting to standing in a flash.

I stared at him. In the moonlight flooding in from the cave entrance, his body appeared tall and straight. A silver mask covered the top half of his face. After a moment, he reached up and wiped a streak of blood from his lips. The corners of his lips lifted, “What a scary girl. I saved your life and you repay my kindness with evil?”

I could not give any explanation; I started crying as soon as I opened my mouth. The heaving from my crying required the use of my lower abdomen muscles, which caused blood to continue flow out and stain my skirt. And even worst, I was wearing a white skirt that day.

His line of sight focused on my skirt, paused before asking, “Menstrual blood [2]?”

I replied between sobs, “Thank you, but I am not thirsty. I may have contracted infection of the blood, and will surely die very soon.”

He continued looking at my skirt for a while, before clearing his throat, “You won’t die. It’s just that your woman’s time has come.”

I did not understand, “What is a woman’s time?”

He hesitated, “This is something your mother should tell you.”

I said, “Big brother, I don’t have a mother. Please tell me.”

Yes. Looking back, even the Heavens must have felt that this was too much to ask of a 70 year old elder, and so had to borrow another’s mouth to pass this information to me.

[1] Also known as realgar. A poisonous substance used on rats in Medieval Spain and 16th Century England (and in this case, to ward off and kill snakes).

[2] The phrased used here is “葵水” which literally translates to “sunflower” and “water”. This led to A’Fu assuming that he was offering her water to drink.

Argh. This is not a verbatim translation of the original text. I have to condense some parts because it was getting too long and unwieldy in English and frankly, some of the descriptions were just beyond my abilities. If anyone wants to do an edit and help me fill in the missing blanks, feel free to do so and I will credit you accordingly.