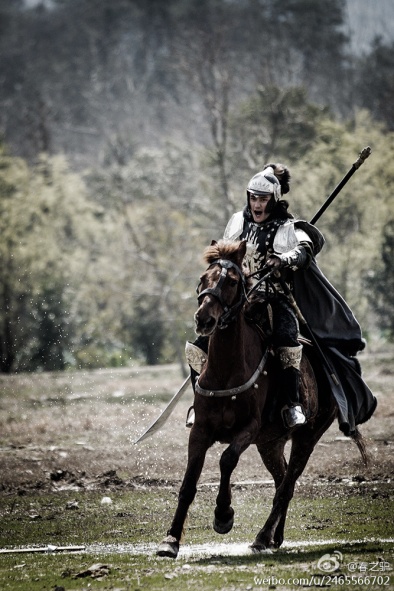 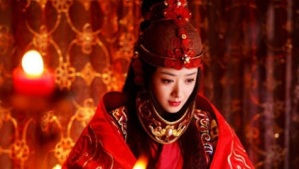 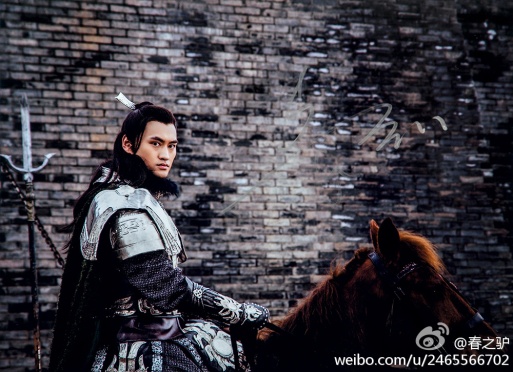 The brilliant Tangqi Gongzi (and in case this is your first foray here, she’s the uber awesomesauce author of Hua Xu Yin) recently posted some messages on Weibo about HXY. Since everyone was (and is still) salivating over the Yuan Hong and Jiang Xin (who portray Shen An and Song Ning) stills have been released recently, I thought that you might be interested in what the author thinks of this pairing.

In case you do not know the story yet, you can read Mrs K’s synopsis at her Koala’s Playground.

“I see ten thousand people debate on whether Shen An loved Song Ning, and it seelike I have never given an explanation.Shen An loves the girl who rescued him, but I feel that it is more accurate to describe this type of “love” as feelings of responsibility. When Song Ning married him later, he developed feelings for her even though she never rescued him and this is the feelings of real love.

His feelings of responsibility made him hate himself as he felt that he has betrayed Liu Qi Qi. This is why he and Song Ning mutually torture each other. Shen An is not scum – just that he has misplaced his affections.

After Song Ning died and the Little Princess used her Huaxu Diao to show him the past. When Shen An said, “that can’t be true, I don’t believe it”, he wasn’t being heartless but that it is so painful that he cannot face the truth. Actually, deep down, he already has his doubts, but he ignored them because he is afraid that the truth is what he suspects. And so, when the truth is indeed what he suspected, although he says, “that can’t be true,” but actually deep down, he has already accepted that that is the truth. He loved her but he was also the one who ruined her, and that has become a tragedy that can never be salvaged.”

In case you haven’t noticed, Shen An and Song Ning are one of the most star-crossed lovers ever written in literature. They first met on the battlefield, each fighting for the opposing side. But that is also when she first fell in love with him. And when she heard that he might be dead, she rushed off to the battlefield to try to find him, to try to save him and if she can’t save him, at least to bury him properly. She saves him, and he falls in love with the girl who rescues him but mistook another woman for her when he wakes up. But when the war ended and she has the chance to marry him, she realised his mistake but could not do anything about it.

I never thought that Shen An didn’t love Song Ning. At the very least, I thought that he has some pretty strong feelings for her, be it love or hate. The shortcomings of the story being told from Song Ning’s point of view is that we get so little insight on Shen An’s struggles with his respective feelings for both women. It’s easy to hate Shen An, because from Song Ning’s perspective, her love has given her nothing but heartbreak and misery. But if seen from Shen An’s perspective, he is trying to be loyal to the woman he made a promised to, he woman who saved his life, and while you may disagree with him, you can’t hate a man who’s trying to do that.

I always thought that their relationship was characterized with too much pride. Some people have disagreed, and argued that Song Ning has given up her pride to stay with Shen An. I’m not sure about that – Song Ning says a lot of things to protect her pride, so that she doesn’t appear to be a weaker party, even though it does nothing for her relationship with Shen An. There is a scene where she gives a breastplate to him before he goes into battle and she explained why she did it: “If you died, I will have to take care of your entire family”. So that just contributes to the love hate relationship between them. Pride made it impossible for them to be the first to bend before the other, to show weakness.

I think when Shen An finally acknowledged the whole truth, he could not forgive himself. He probably tortured himself by replaying all of the times he hurt her and how his indifference and avoidance finally killed her. I don’t think anybody can live with that kind of pain and guilt.

When she heard that Shen An has died, Jun Fu remarked that “He would probably still be alive if Song Ning was still around” and that Song Ning would never have let him die. And Mo Yan replied that “He probably died because Song Ning is gone.”

Jiang Xin is my first choice to play Song Ning so I was ecstatically happy (she was originally rumored to play Jun Fu). I didn’t expect Yuan Hong to be Shen An, but I always loved him and I am excited that he gets to work with such an amazing actress. While I’m not sure how the drama’s going to play out (apparently, a lot of the elements of the storyline has been changed), I hope their story can get fleshed out. For example, I am not sure when or why Shen An falls in love with Song Ning, and I think that’s the greatest “hole” in the story.

And in order to reward you for reading my entire rant, here’s the bonus translation. His Derpiness weib-ed a response to Tangqi Gongzi’s posts and she wrote back!

Yuan Hong: Do you see, do you see do you see~ Your own mother [he is referring to Tangqi Gongzi here as the author] says that I’m not scum~ Not scum means not scum~ This releases me, this makes me understand, to let go of your love… (How do I continue this song now?)

Tangqi Gongzi: You didn’t want to love Song Ning, but you can love if you want to love. When you finally know the truth, the tears in your eyes fall in the end (Eh – this theme song isn’t too bad.)

Hahaha, apparently, they were actually punning this song (thanks Chenguang): 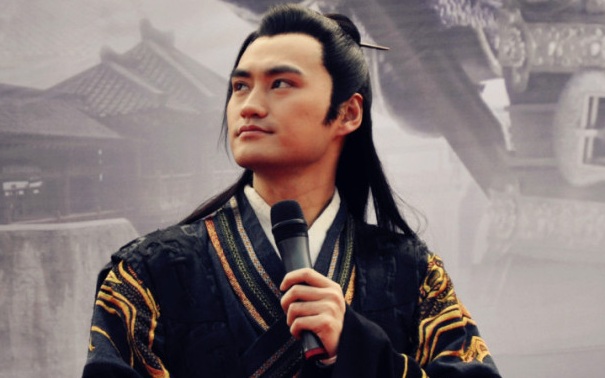 His Royal Derpiness: I did good, didn’t I?

12 thoughts on “Tangqi Gongzi on Shen An and Song Ning”