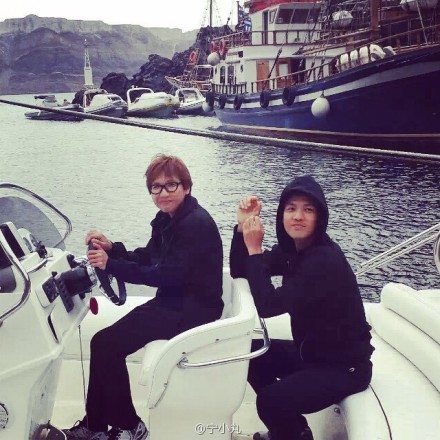 Next stop was Santorini. This episode is more interesting and exciting, thanks to Wallace! 🙂 Not sure whether Wallace had good or bad luck.

The first mission was to find the location of the church with the blue top in the photo (Oia). A grandpa in the airport showed Jackie the wrong direction so they got lost. The Chung siblings became impatient when trying to ask for further direction. 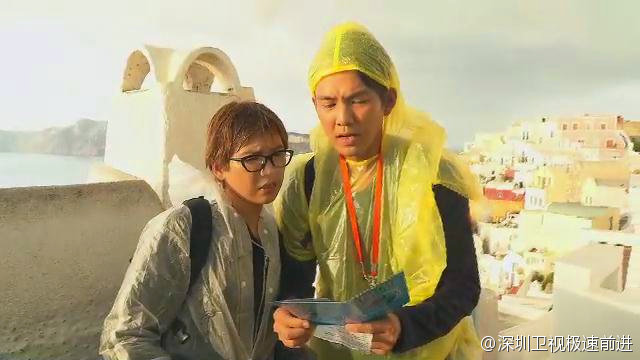 As it turned out, they were far away from their destination. Thus, Wallace started to speed up but Jackie complained he drove too fast, thereby hurting her back. They arrived last but when they were leaving the two guys were still there because their car was locked and they didn’t know how to unlock it. Being kind and helpful, Wallace immediately went to help them. 🙂

Peanuts: Wah, I felt so anxious for WC when he got lost and was last to arrive at the church. I was thinking, ‘die la’, no hope of being the winner in this leg. Moreover, the Olympic couple has their GPS. I was surprised that he even stopped to help the 2 guys. Basically WC is a nice man but he was forced to give them the U-turn card due to the nature of the game. Don’t listen to lidge who is a W Huo’s fan. Thus, she thinks badly of WC and said it is all part of his strategy as they probably won’t turn on him later since they’re pretty loyal 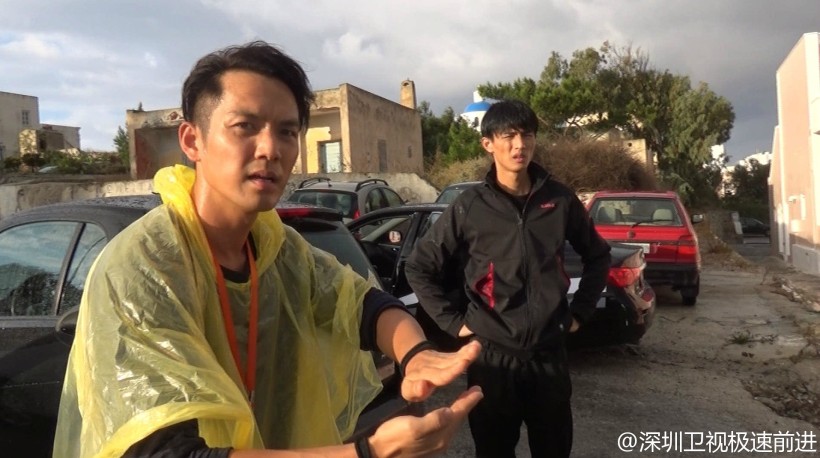 The next task was to drive to Fira and deliver 120 eggs with a donkey to Porto Carra Cafe. Wallace said this was like they were filming a scene, where the man would lead the horse while the lady riding on it, lol. Wallace, are you talking about Treacherous Waters? 😀

However, they didn’t bring enough eggs, haha… Wallace, how did you count? Moreover, some were also cracked, so they got 5 minutes penalty (30 seconds for each bad or missing egg).

Peanuts: WC was really impatient here and Jackie even warned him not to abuse the donkey lol. Thus, I am not surprised that they were 10 eggs short. 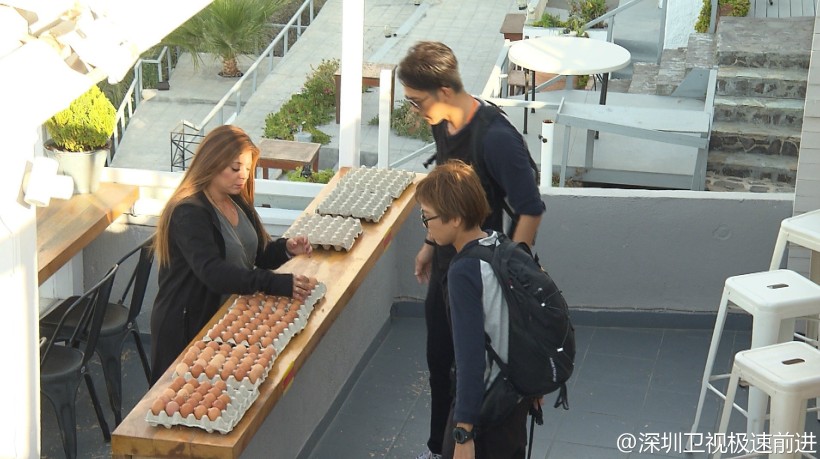 The next task was to reach Perissa Beach and one person needed to do rock climbing to get the flag hanging on top of the rock wall. Jackie volunteered to do it since she has learnt rock climbing before.

On the way there, Jackie started to lose her temper because Wallace has no sense of direction at all and they wasted too much time in the first task. But, Wallace remained calm this time.

Haha, Wallace never failed to make us laugh every week. 😀

Jackie didn’t disappoint us. She finished the task really fast, which is why Wallace looked so relaxed here, lol. He was really worried when Jackie almost slipped at the beginning.

Peanuts: WC is such a caring brother. He obviously cares a lot about Jackie as well as his hair, heehee……

Next, they needed to choose either:

2) make yellow and red color cocktails and pour them into the glasses as showed, without mixing the color.

The Olympic couple was the only team that succeed at the sea water challenge and they took quite a long time. Initially, Wallace also wanted to choose that, but they went to they wrong place. Thus, they decided to just do the cocktail challenge instead.

Since Wallace did it before for acting, he was the one to do it.

Wallace was dissatisfied with the judge because he gave them a no even though they just mixed a few drops of the cocktail. It’s rare to see Wallace acted like this, he wanted to win really bad. When he finally calmed down and did everything carefully, they passed.

Peanuts: I am glad WC did this task as it is more interesting and easier. I think it is because of this task that enabled WC to catch up with the Olympic couple. There is nothing WC can’t do as long as he puts his focus on them 😛 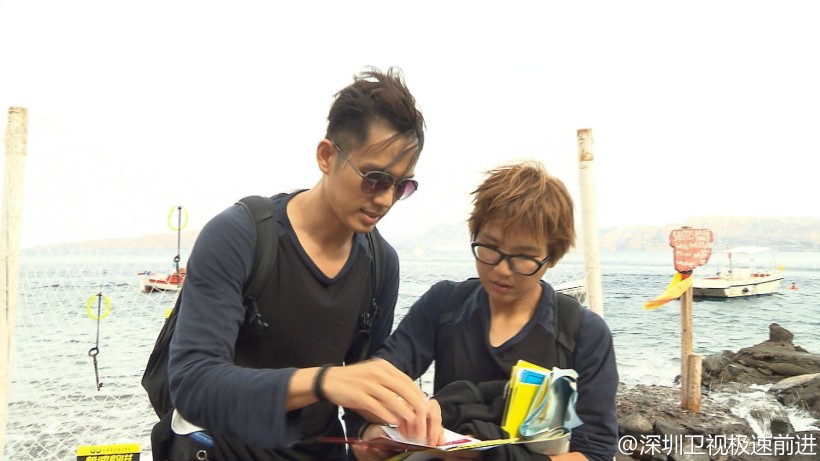 The next task was to take a key and ride on a boat to a diving location. Then, dive 8 feet under water to find a treasure box that can be opened with the key. This time, Wallace volunteered to be the pirate.

Look at the Chung siblings, 😀 lol shouting like nobody business.

When they reached the diving site, Angel has just started to dive so Wallace still has a chance to catch up.

Wallace dived very well. 🙂  He found the clue card in the second box quite speedily. 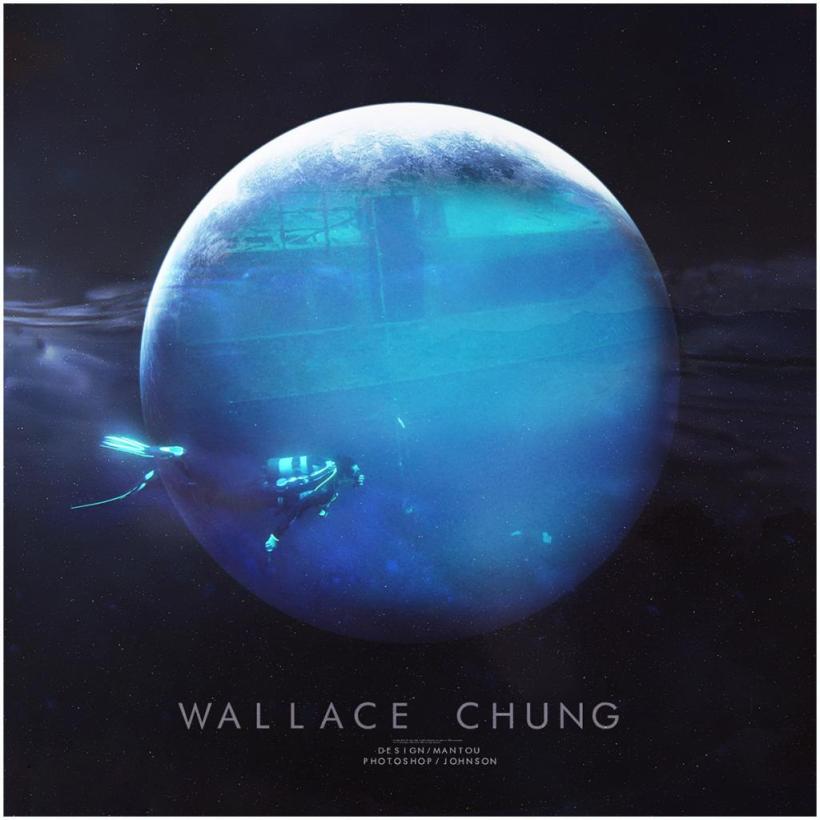 Jackie helping Wallace to take off his dive shirt. Is this some kind of fans service? lol

Peanuts:  Wah, WC can dive like a pro. He was really determined to chase after the Olympic couple, taking off his shoes on the boat to get ready. The most funny part is when he kept telling the skipper to go faster, go faster, faster………….lol

After that, they needed to choose a car and be driven to the final destination.

Wallace was just behind the Olympic couple, so the Chung siblings kept telling their chauffeur to drive faster.

When the host was about to announce their placing, Jackie saw the Olympic couple running toward them! This meant they were first! Yay! 😀 Such an unexpected twist! lol 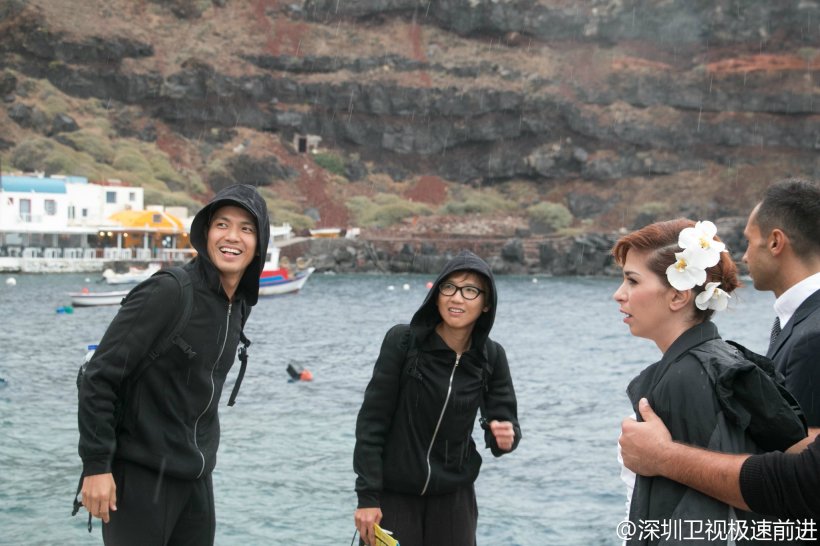 Peanuts: I was so thrilled that WC & Jackie managed to triumph against all odds to win this !!! This race is so close and WC won it without any trick or strategy. Moreover, they came from last place in the first task to win which was never easy. Well done !!! As per what they said, their rapport were getting better with time. They also complemented each other as they excel in different kinds of tasks. Just look at their disastrous start in the US. Thereafter, they’ve always been in the top 3.  Oh, WC looked so cute when Jackie said ‘she trusts him’ and he replied ‘you’re welcome’. 🙂

Wallace was so happy!

I think the Olympic couple used different route and got stuck in the traffic.

They got the useless milk as prize again… but they also got two diamond rings! It’s still useless in the race though.

Calvin’s team was last, thus they got eliminated.

Peanuts: WC always got the useless prizes lol. Haha, WC’s expression was so exaggerating 😛 Jackie felt it is so weird for them to put on diamond rings on their own fingers. I’ve to admit this prize is more appropriate for the Olympic couple and WC should have won the last race so he’ll not get lost with the GPS 🙂 I think he’ll give the diamond ring to his mum 🙂 I am quite sad to see Calvin got eliminated. Actually he is good so if he comes back next year with Wu Chun, he’ll definitely has a chance of winning 🙂 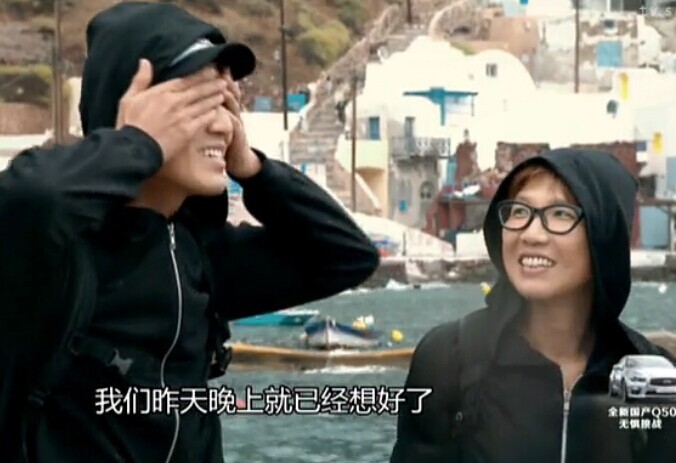 Since Wallace won this leg, he got the revive card and needed to pick which team to revive. 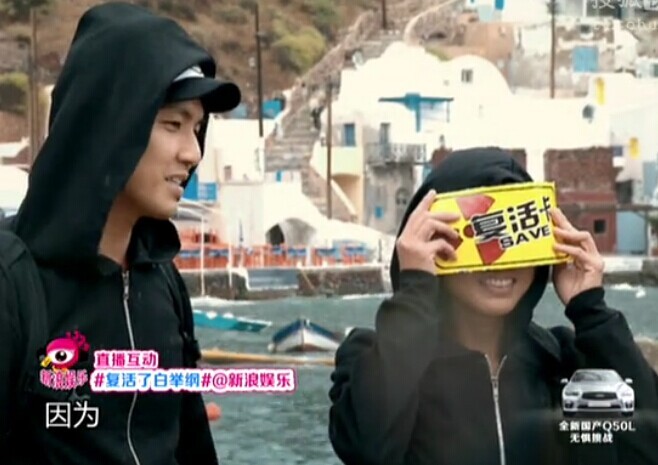 In the end, they revived the 90’s team, so we’ll be seeing them next week. Wallace said he missed them since didn’t see them for a long time. lol

Peanuts: I read somewhere that the revival card was initially set up to bring back popular teams like WC and Ekin for TV rating but it turned out that they are good so the card now fell into the hand of the most useless team. I really dislike this card in that everyone worked so hard in each race in order not to be eliminated but the most unless team got a revival card handed to them on a platter. They got eliminated in the first leg not because of bad luck but because they were bad !!! Ya, they are young so give them a chance. I am fine with that guy who seems nice and did work hard but that girl is just too awful for words. She complained more than Calvin’s partner but dared not do most of the tasks. At least, Calvin’s partner was more sporting. Eeee, I don’t look forward to see them but WC made the right choice to pick the worst team to revive 😛 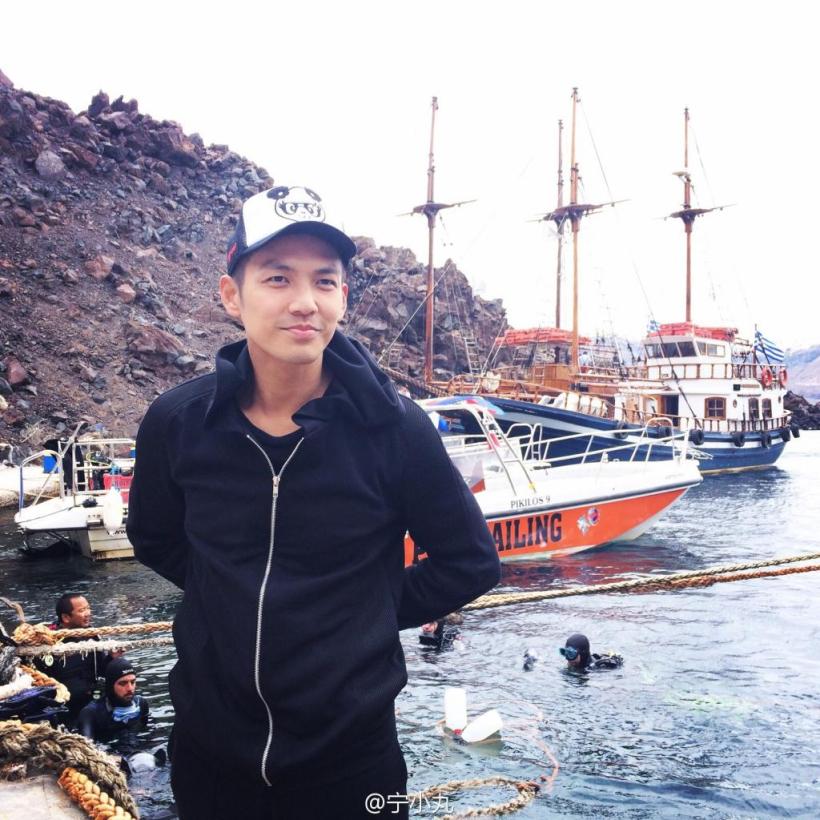 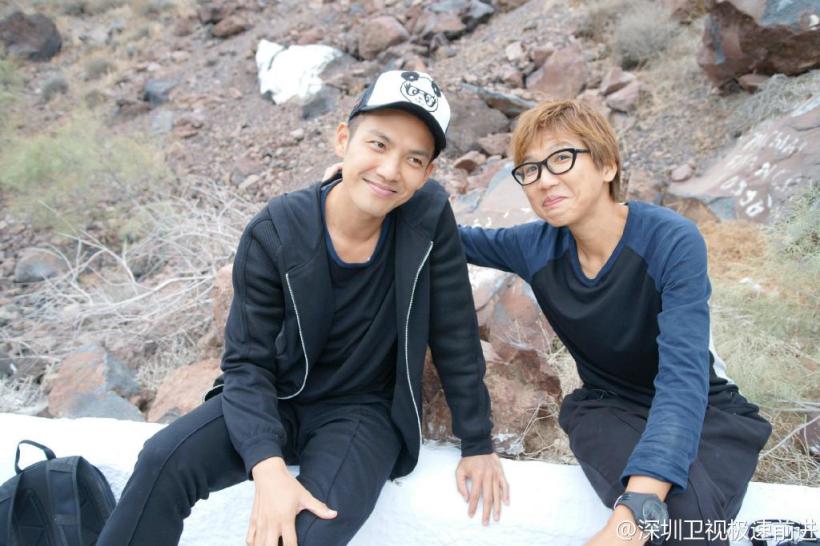 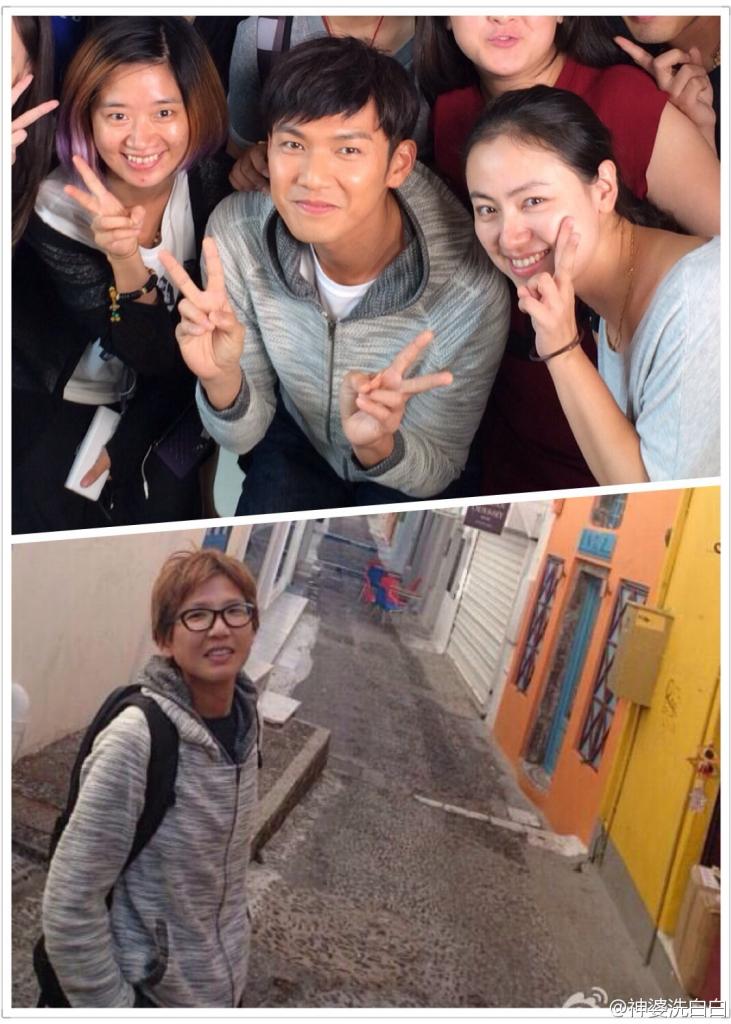 Peanuts: Did WC give his jacket in You Are My Sunshine to Jackie, or Jackie gave her jacket to him or Jackie has a similar jacket lol?

😮  How could I not realize this before? lol

Peanuts: Some cute cartoons I found in weibo: 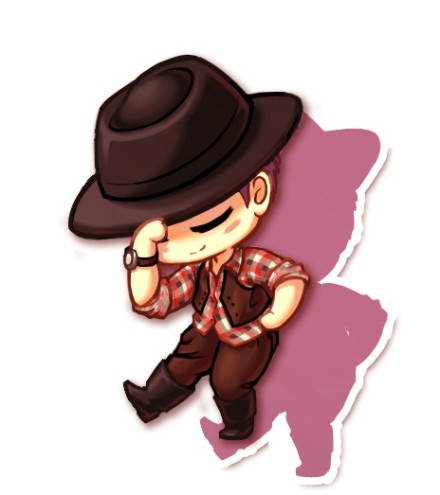 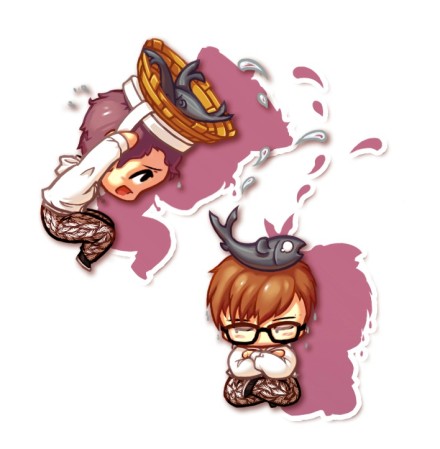 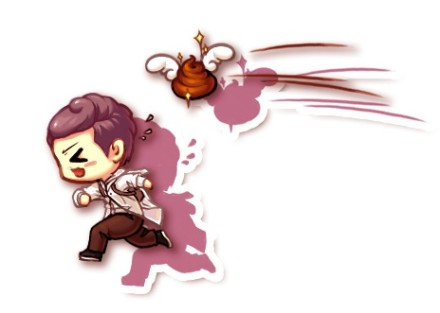 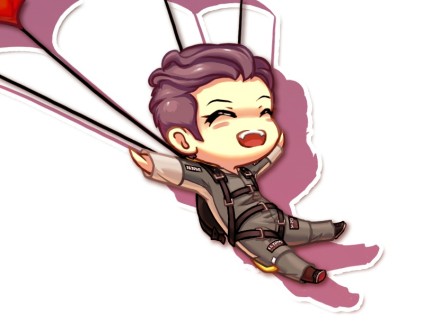 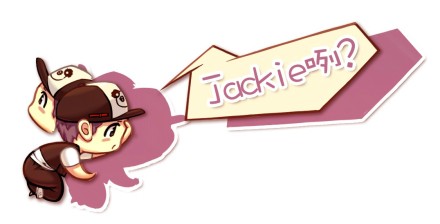 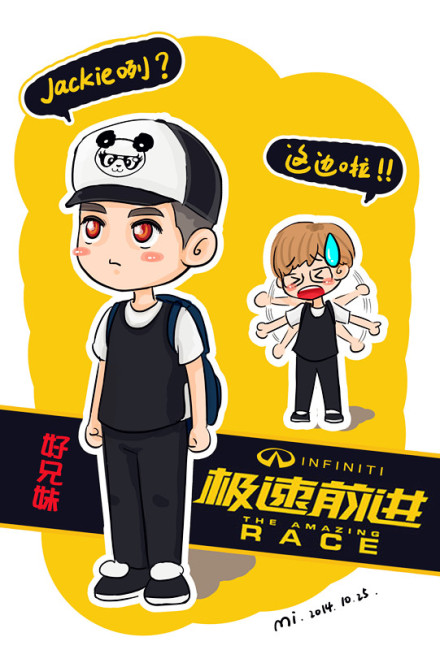 Next stop, Korea! Here we go!

To celebrate Wallace’s 3rd win, I’m going on a holiday~ lol. Hehe, Peanuts will be in charge next week. 😀

Peanuts: As you can see from the coming attractions, next week will be very interesting as WC needed to pick up girls as well as eat live octopus. Also, next week you get me to write about them, lol.

Oppa was flirting with girls!

Peanuts: Wah, wah, wah, what were those girls doing? Molesting my oppa 😦 ? Hand off my oppa 😛

Haha, Wallace, are you for real, trying to eat it all in one go? Seem impossible to me. 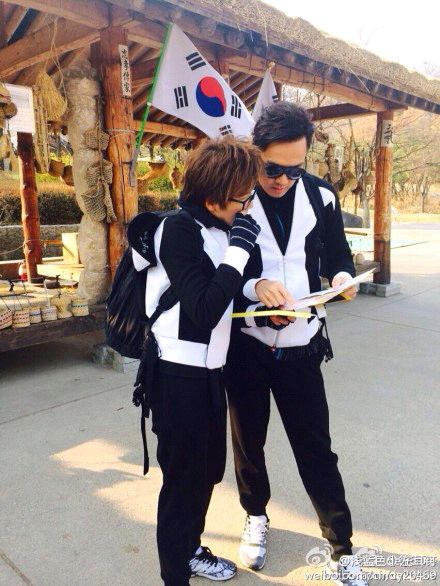 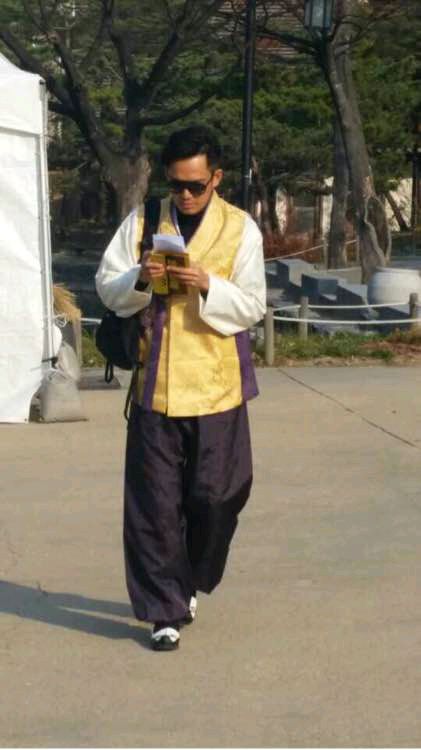 Peanuts: Oppa, you look good in your hanbok, better looking than a Korean 😛 I’ll support WC all the way back to HK, go go go WC…heehee….. 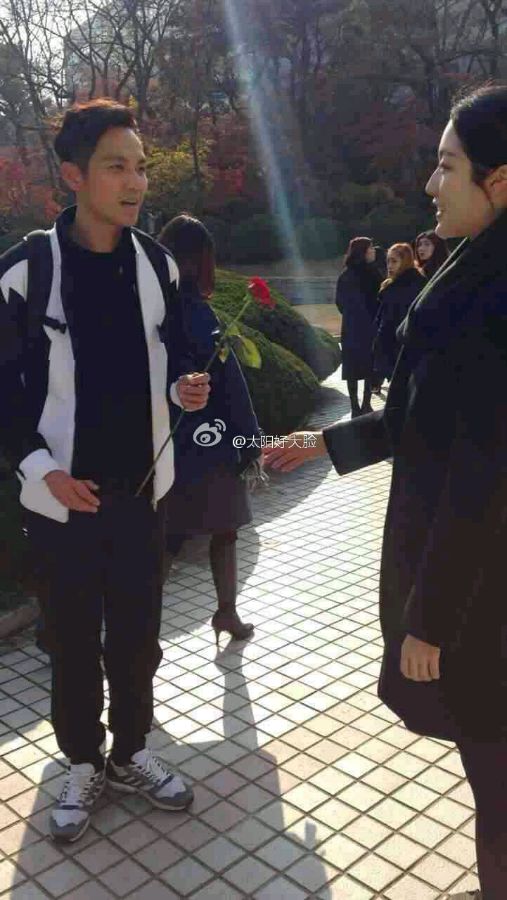 Peanuts: In appreciation of Himmy and my effort in writing this special feature on TAR, WC is giving the rose to us, lol.

I happily accept it! But there’s only one 😮

BTW Can you recognize who is this guy?…  lol 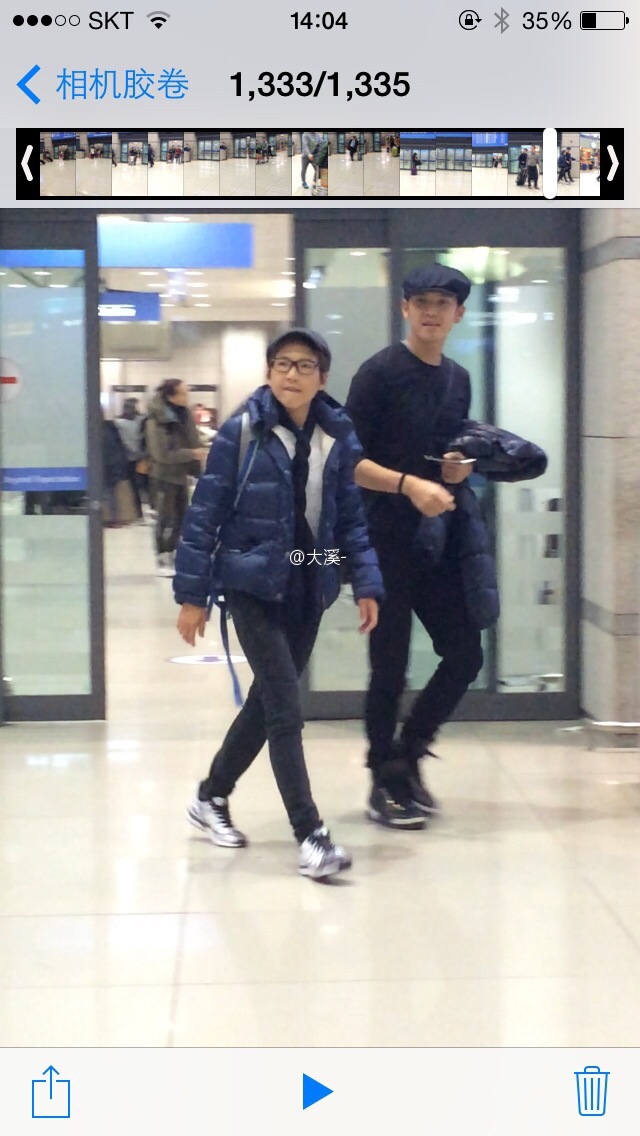 I'm a sunflower & Wallace Chung is my sunshine. I'm here mainly to fangirl Wallace Chung & maybe others things in the future. :-D