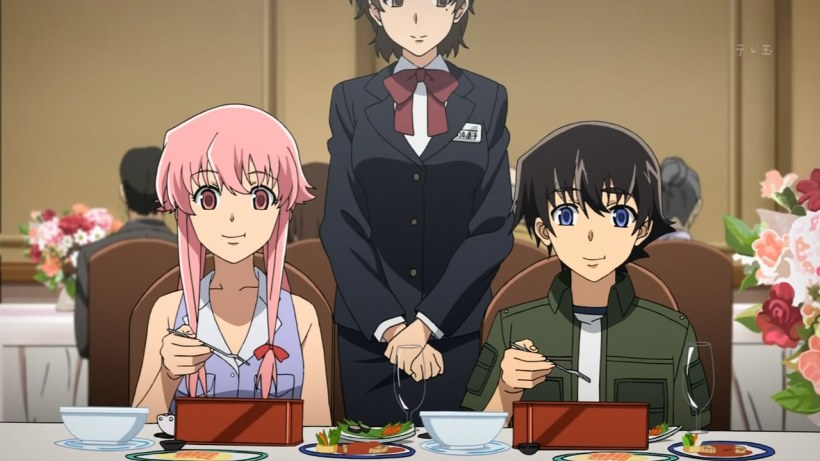 One thing I’ve learnt from my four years here was that Nanjing didn’t seem to experience spring or autumn. The weather was always either blistering or chilly. One rarely wore long-sleeved tees. In fact, a short-sleeved tee and a wool sweater would suffice.

However this sweltering heat was a perfect match with my anxiety. I wasn’t uneasy over my vivas; instead it was my cousin’s National Examinations that made me worried.

Uncle and Aunty were prepared for the battle. My father even called to ask after cousin’s preparations but uncle wasn’t too appreciative of his concern. Unconsciously, I also became tensed. Whenever I passed cousin’s room, I would unwittingly step gently out of fear of interrupting his rest. Yet right in the eye of this anxious tornado was the calm examination candidate. His demeanour was in such stark contrast to ours, frankly it bordered on frustrating. Even when his exam was the following day, he could still find time to immerse himself in reading the hand guide on studying abroad.

“This is such a grand campus.”

“… We’ll get to that after you’ve completed your examinations.”

It had been decided early on that cousin would study in Europe after his examination. However, I didn’t expect that I would be dragged along too. Initially, uncle and aunty were to accompany him. However, they had other matters to attend to at the last minute so the duty had fallen on me. Just thinking about the long haul flight made me wary.

“Jiang Rui shouldn’t you go through your books one last time? Your exam’s tomorrow.”

“Who revises at the last minute?” Cousin retorted coolly. “It’s of no help.”

What do you mean by no help? I vehemently disagreed with him; afterall this was the method I used to get in my prestigious university.

Back then, when father learnt my goal of getting into A University, he prepared his list of connections. Who knew that when the results were released, I attained the minimum score for entry. We were ecstatic! My parents deemed me a secret genius whose intelligence just so happened to be buried deep within. Actually I knew it was all luck on my part. Once I began university, I became slothful once again and now my results were the pits. I guess I’m the sort of student who studies for the sake of tests.

I headed to the kitchen to scoop some green bean soup for myself and cousin. He slurped it down quickly before announcing “Oh yes, Nie Xi Guang, accompany me to the examination tomorrow.”

Cousin pouted “Absolutely not. They’re so high strung, they’ll only make me nervous.”

And so it came to be that I was back in the examination venue again four years later. Early that day, Lao Zhang the chauffeur drove us over. When he disembarked, Jiang Rui started looking around.

“What are you looking for?”

“Sigh. I’m going in now. Jie, you should keep your eyes peeled. Who knows, you may meet your destined other amongst the other candidate’s guardians.”

He winked at me and smirked before entering the hall. I glanced around as instructed only to see many elders milling around … Destiny … I shuddered at the thought.

While he was taking his examination, I went to a nearby hotel to book a room before stopping by the hotel’s restaurant. I studied the menu carefully and placed my order with specific instructions on the timing of the serving of the dishes. After settling that, I roamed the streets, only heading to the school gates when I saw that it was almost time.

Jiang Rui emerged quickly. His exuberance meant that he had aced his paper. I smiled as I received him “Congratulations! One subject down.”

Jiang Rui tossed his head haughtily “Jie, what will I do when I become one of the nation’s top scholars?”

I nearly fainted. It took me a while to form a coherent sentence “I can only send you my condolences.”

Jiang Rui huffed at my response “Can’t you say something more pleasing to the ears?” As he spoke, he looked around him furtively “Jie, have you met your destiny?”

I answered testily “What nonsense are you spouting? Come, let’s go eat.”

“Wait wait wait” He was still looking around relentlessly. Finally he pulled back “There.”

I had yet to make sense of what was happening when I came face to face with another boy. Jiang Rui slapped his shoulders enthusiastically, “Zhuang Fei.”

He then turned back to me “Jie, this is Zhuang Fei.”

It sounded vaguely familiar. I hadn’t made the connection when Jiang Rui volunteered “My classmate. Brother Zhuang’s younger sibling. Have you forgotten? Oh right, Zhuang Fei, this is my Jie.”

I studied the boy before me. He was lean and tall with remarkable features. There was no denying the resemblance between the brothers. I smiled “Oh, I see. Both of you were allocated to the same examination venue?”

Jiang Rui nodded before turning to Zhuang Fei “Didn’t your family accompany you?”

Zhuang Fei shook his head “No.” Then, as if fearing that we were going to jump to conclusions, he explained immediately after “I told them not to. When my brother sat for his examination, he was alone as well. I can do the same.”

Jiang Rui remarked “You stay so far away, surely you’re not going home to eat? Why don’t you come with us?”

Jiang Rui looked at me as he spoke so I had no choice but to acquiesce “Yes, you’re welcome to join us.”

Zhuang Fei was a shy boy who knew his boundaries and he declined. However, my cousin had a way of persuading people and his reasons spanned ‘don’t be shy, we’re schoolmates’ to ‘I have a question to ask you regarding the next paper’. With just a few statements, he managed to hustle him into dining with us.

I had been listening at the side and rolling my eyes at what he said.

We reached the hotel earlier than expected so the dishes were not ready. I ordered some tea for them to refresh themselves.

Zhuang Fei continued to be his reticent self and he listened quietly to Jiang Rui’s babbling. I snuck a few peeks at him and realised he was not looking too good – his face was pale and his eyebags were apparent. He looked emotionally weighed down.

I thought it over before asking him directly “What’s wrong? Not feeling well?”

Zhuang Fei first shook his head before pausing and answering softly “When I woke up this morning, I was a little feverish and dizzy.”

Anything that happened to the candidates during this period was a HUGE DEAL.

“Are you still feeling dizzy now?” I asked worriedly.

“Not anymore. But I’m worried that I didn’t perform to the best of my abilities in my morning paper.”

Jiang Rui answered boisterously “It’s good that you’re feeling better. The standard of this morning’s questions … Don’t worry, you will do well even if you had answered them with your eyes shut.”

Zhuang Fei agreed “Yeah I could answer every single one.”

“Then what are you worried over? You’re overexcited, just like Jie was.”

What about me? I glared at Jiang Rui.

Jiang Rui started imitating the speech of a learned man “My Jie’s grades were average at best. She only started intense revision a few months before the National exams. On the day of the paper, she had a fever. We all assumed she was doomed. Who knew her results would be much better than her usual performance? We’ve come to the conclusion that her good results can only be attributed to the fever.”

“It was my capability.” I laughed gleefully internally. How could I forgot about this incident? It was my luckiest achievement to date.

“Of course it’s true. Actually I’m quite capable, just that for some unknown reason, I never perform well in tests. It just so happened the fever that day was the breakthrough I needed …”

I followed Jiang Rui’s lead in talking nonsense. At least, Zhuang Fei didn’t look so tense anymore. In fact, he was laughing shyly. He replied gently “That was not the version of accounts I heard from Rong Rong Jie.”

The words had just escaped his lips when he sensed that he had spoken out of line. He looked at me worriedly. My heart skipped a beat but seeing how anxious he was, I pretended not to have heard as I looked around casually.

Jiang Rui broached a new topic and he was laughing animatedly as he spoke. Even as he engaged in the conversation, Zhuang Fei still looked my way from time to time. His uneasiness was written all over his face.

He truly was a sensitive child. When he was finally convinced that my behaviour was nothing out of the ordinary, he breathed a sigh of relief.

Soon after, lunch was served. Jiang Rui looked at the dishes and grumbled “Jie, where’s my feast? It’s my examination afterall.”

I shot him a look “It’s precisely because it’s your examination that you should eat your regular fare.”

Although I had only ordered for two, it was enough for the three of us. When we had finished eating, I chased them to the room to nap while I sat in the lobby brooding over Zhuang Fei’s comment. Rong Rong and the Zhuangs have been neighbours for a long time now so it was only natural that Zhuang Fei knew her. But what I didn’t expect was that she would mention me to Zhuang Xu’s younger brother. I couldn’t decide if it was my honour or not.

I didn’t want to ponder over what Rong Rong told Zhuang Fei but I did feel silly and even a tad regretful for asking Zhuang Fei to join us. If my kind intentions were misinterpreted this time, how will I bear it?

Despite my regrets, when they had completed their afternoon’s Mathematics paper, I still invited Zhuang Fei to leave with us because it was on the way. Zhuang Fei didn’t decline as he boarded the car shyly.