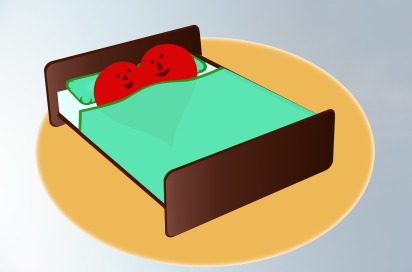 Haha, Mo Bao Fei Bao posted this right before I went to bed last night. It took me all of a few minutes to translate it, but I fell asleep while looking for a picture to use for this post. It’s still practically fresh off the press, right?

Edit: Also, I forgot to mention that Stewed Squid with Honey was a hot search topic yesterday on Weibo because of a picture that was released of a promotional poster for the drama. I’ve included it at the end. 🙂

On his wedding night, Gun tried hard to stay sober. After throwing out those little b*stards, he returned to his room to discover Little Squidie sitting in the quilt that was piled in a heap, beaming as she leaned back against the headboard of the bed. Facing him, she patted the pillow. He had a drink of water; she patted it a few times. He washed his face; she patted it a few times… He took a look into the wastebasket—one, two, three, four, five empty bottles. Mm-hmm… Tonight, there was going to be some “fun.” <>If you are not reading this from hui3r[dot]wordpress[dot]com, then this translation has been posted without the permission of the translator.

So here’s the photo that was posted for the drama. Check out the right side and the squid tentacles on the keyboard. I guess the name “Go Go Squid!” might be official? 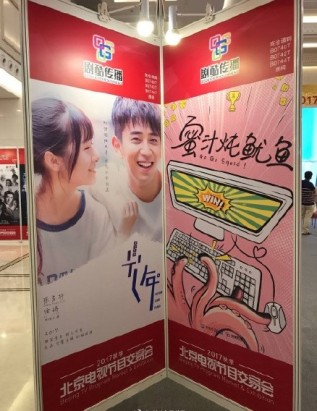