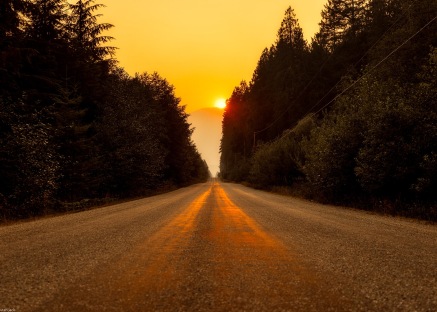 This ends the main story. Only one epilogue remaining. Thanks for reading here at hui3.wordpress.com

Full circle… This conclusion feels so satisfying to me; regrets are righted. I think they both feel lucky and thankful for this “do-over.”

It was past one in the afternoon by the time the wedding banquet finally concluded.

Inside Meng Xiaoshan’s office, Gui Xiao removed her makeup and washed her face clean. Lu Yanchen carried a sleepy Lu Chuyang in, set her on the bed, and tucked her into the corner. Those little hands were still, in a very proper and well-behaved manner, clutching the wedding invitation. Qin Xiaonan trailed behind them, his eyes fixed on this little one who was like a little sister, because everyone had instructed him that his task today was to watch his sister and not leave her side by even one step.

The little darling especially loved the sentence “Dawn’s light illuminates the road home.” This was because Lu Yanchen had told her before that her name, Chuyang, meaning “the first sunlight,” was equivalent to chen xiao, which meant “dawn’s light” and was Daddy’s and Mommy’s names combined.

Hence, ever since Lu Yanchen wrote that sentence onto each of the invitations, the little one would especially patiently pick up each invitation, point at it, and over and over find the characters for “chen” and “xiao.” Then she would point at her own nose and say, “Chuyang.”

He was dressed in a white button-up shirt and khaki-coloured, active-style shorts, the same attire that he had been wearing when she first ran into him again.

Lu Yanchen did not have much for casual, civilian dress. In his words, this was because the uniforms that the base gave them did not have as many constraints and requirements as actual military uniforms and could be used as normal civilian wear as well. What’s more, since he did not have many uses for casual attire, it would be a waste to buy any; what he already owned was enough for him to wear. Therefore, only a small compartment had been left for him in the wardrobe of their home, and in it were all uniforms; the number of sets of casual clothing in there did not exceed five. This particular outfit was usually hung in the spot on the far right by the wall.

“You did it on purpose, didn’t you?” Gui Xiao previously had not even noticed that he had brought along this set of civilian clothing here with him, so now she tiptoed up behind him, remarking, “I remember this set of clothes. You wore it four years ago.”

After silently signaling to Qin Xiaonan with his eyes, Lu Yanchen took Gui Xiao with him and left.

Lu Chuyang was especially attached to her daddy to begin with, and now seeing that Daddy and Mommy were leaving together, she rolled over, wanting to get off the bed. Qin Xiaonan used all sorts of coaxing and sweet talk to try to convince her to stay. The one-and-a-half-year-old little girl did not know the strength of her own hands and feet, and while she was struggling, she landed a loud smack! on Qin Xiaonan’s right cheek. Her eyes, which normally danced and sparkled, instantly froze—she was stupefied. Qin Xiaonan, feeling heartache at her expression, hurriedly consoled, “It’s okay, it’s okay. Big brother has no owie. Here, here. Hit this side, too.”

<>Please support this translation by only reading it at its actual site of posting, hui3r[dot]wordpress[dot]com.  Thank you very much.

Lu Yanchen had borrowed a bicycle from Meng Xiaoshan. Unable to drive after consuming alcohol, he was planning on riding this to bring Gui Xiao to recreate the experience of going down these roads of the past.

The town had changed a lot.

The two argued briefly over which route to take, but in the end he complied with the bride’s request and started their ride from the northeast corner of what was originally the marketplace. They searched for that specialty gifts shop that she had once nearly emptied out with all her purchasing, then circled back to the town’s main street and looked for that beef-noodle stall, that billiards hall, and that three-level shopping mall. Outside the gates of the middle school, the two peered in. Students were attending remedial classes. The sports field had been given a complete overhaul, but the large poplar tree was still there.

The little store just outside the school gates was gone, and a thick brick wall had been built in its place, white paint concealing all traces of any former existence.

Gui Xiao gazed in disappointment at that wall. “I just remember that this little store had two doors, one that faced the outside of the school and one that faced the inside. One time, near the beginning of the school year that you did your grade repetition, I walked in through the door that came from inside the school grounds and you happened to walk in at the same time through the door that came from the outside. Lu Chen, did you know? At the time, all the girls inside were secretly looking at you.”

She was even very proud as she stated, “I didn’t secretly look; I openly looked.”

Standing in the shade of the tree, Lu Yanchen fished his case of cigarettes out from his pocket.

In a short while they would be going to the gas station, but since he would not be able to smoke there, he first took care of his cigarette craving here. Once Gui Xiao finished talking, she peered her head over and happily took in the view of the school campus. He struck the lighter, brought the flame close to the end of a cigarette, and lit up. Taking a deep inhale, he allowed the smoke to circle through his lungs, then told her, “You’ve looked for about enough now. Come stand over here.” The sun was too strong where she was; he observed that her face was already red from the sun beating down on it.

Reluctantly tearing herself away, Gui Xiao, her hands behind her back, jogged back across the street and over to his side.

They were outside the post office, opposite the school.

He was smoking; she was watching him.

The security guard keeping watch at the school gates did not know what these two people were doing. Judging from their ages, their children should not be old enough to be attending school yet, but yet he could not guess what they could be doing standing outside the gates of the school at noon on this height-of-summer’s day.

Lu Yanchen stuffed the cigarette into his mouth, swung himself onto the bicycle, and rode away with Gui Xiao to take her to the place that she had specified she wanted to go: the gas station where, four years ago, the two of them had met again.

There were no trees along the way to provide shade and shield from the sun. Gui Xiao’s arms were sore from the rays burning into her.

After a five-minute ride, the bicycle, with her on it, turned into the gas station.

They were not driving a car, and worried that the gas station attendant might think them nuts, he parked the bicycle in a shady spot, told her to wait, and went in alone to buy some water.

“Do you have any money in your wallet?” Before he went inside, Gui Xiao asked him this one sentence.

“I still have a bit. It’ll be enough to spend for a few days,” he answered, then pushed open the door and strode in.

Gui Xiao sat on the back rack of the bicycle, gazing after his figure, watching as, on the other side of the glass door, he pulled out his wallet and took out a 20 yuan bill. Soon he had taken the change handed to him by the other party. As he walked back out, his one hand held two bottles, one of them a bottle of mineral water and the other, iced black tea.

Icy-cold droplets of water slid along the outside of the bottles and fell to the concrete ground. After handing her the iced tea, he twisted open his own bottle, tilted his head back, and took two large swigs.

His Adam’s apple bobbed slightly from his action of swallowing.

Gui Xiao was also taking small sips from her drink. Suddenly, she said, “I’m going to ask you again, one more time.”

Lu Yanchen brought his eyes down to look at her.

“Do you still remember who I am?”

Four year ago, here in this place, this was the question she had asked.

Behind them, a pickup truck and a small sedan turned, one behind the other, into the station. The car exhaust was just as unpleasant to smell as always, and it carried a burnt odour and even dust. The driver of the sedan hopped out and called, “Octane 92!” …

<>Your support by reading this story only at hui3r[dot]wordpress[dot]com, the actual site of posting, would be greatly and sincerely appreciated. Thank you.

Against this noisy background, he gazed wordlessly upon her eyes, her brows, her face. “Yes, I remember you. Even if I were to turn to ashes, I would still remember you.”

Lu Yanchen nodded his head solemnly. Truly seeming as if they had returned to that day, he told her, “I’ll do as you say.”

<>Please support this translation by only reading it at hui3r[dot]wordpress[dot]com, its actual site of posting. This would be greatly appreciated by the translator.

All these years, by my side there has always been your shadow.

In the winds of Inner Mongolia. In Beijing’s swirling sand and dust. You seemed to be everywhere. Yet, when I turned to look for you, no traces could be found.

Who has traversed the hazy journey of one’s dust-cloaked years and done so without regrets?

But, eventually, dawn will break through and illuminate the road home.

Thank you, Lu Chen, that in the year I was thirteen years old, you appeared in my life.

And thank you that you’ve come home.