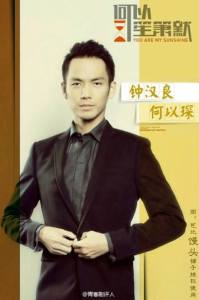 UPDATED: Silent Separation will officially commence filming in Shanghai at the end of June for 3 months. The title of the drama is called You are My Sunshine. For readers who are following the English translation, you should know why this is the case. Am I fated with Gu Man’s novels as well as her drama adaptations? Lidge and I started to translate Shan Shan and Silent Separation into English before there was any news of any adaptation. Now, both of them will finish filming by this year and we can probably look forward to watching them next year. When I got back from my holidays at the beginning of December 2013, Shan Shan started filming. When I get back from my holiday in July, Silent Separation will have started filming.

It is confirmed Tiffany Tang Yan will be Zhao Mo Seng and Wallace Chung will be He Yi Chen. Oh, oh, oh, I am so excited !!!! I am translating a novel that Wallace is going to be the male lead. Wah, does that make me his superfan LOL? Remember I posted a MV a few month ago with Wallace Chung as Yi Chen? In future, I need to post more of his MVs:P For once, he is going to act in a modern drama which he won’t need to die and can get the girl, haha…….Bongsd suggested I go to Shanghai for my holidays to support Wallace. I will be in Asia but I am not so crazy to go there and chase after him:P  I am a rational fan who silently support him. Actually, I am more eager to see Gu Man and Mo Bao Fei Bao, at least their pictures.

END_OF_DOCUMENT_TOKEN_TO_BE_REPLACED

I have come to the decision on whether to recap this show. Instead of doing detailed recaps, I will be doing a highlights recap from episode 4. You probably can follow the general gist of the drama from them, but it’s more of a place for me to share my thoughts/rants.

thehungryegghead is doing recaps of this drama on her blog. I am not sure if she will be continuing it, but they’re definitely faster than my updates! She has already recapped up to Episode 6.

END_OF_DOCUMENT_TOKEN_TO_BE_REPLACED 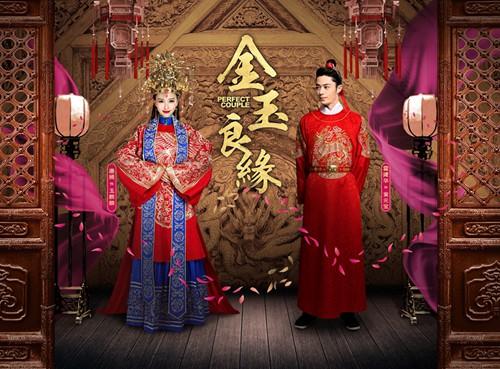 I’m taking a little diversion from C-novels and introducing a bit of c-drama into the blog. Coincidentally, the last drama recap I tried to do was also a Wallace Huo vehicle: The Swordsman. Alas, that fizzled out and died – couldn’t even blog about one more ep to finish the ending because it was so epicly bad.

Perfect Couple stars Wallace Huo and Tang Yan. The trailer shows some cute chemistry, and the style of storytelling reminds me of Ming Yue Ting Feng (I have withdrawal symptoms). Story by Tong Hua, which is my justification for recapping it on this blog: to see whether she can translate her writing into the small screen. If you haven’t already, you can find out more about the info by going to Koala’s site. END_OF_DOCUMENT_TOKEN_TO_BE_REPLACED

Update: Thank you to everyone who had participated in the poll. The majority’s voice had been heard so the actor with the most votes Wallace Chung will portray He Yi Chen in the Silent Separation drama. Let us continue to support him and looking forward to watch the drama on screen next year.

Fans of Silent Separation were surprised upon hearing that Yu Zheng was “interested” in the novel but have been reassured when Gu Man said that “Silent Separation” will be adapted into both a drama and a movie.  She will take an active role in writing the script and choosing the actors since this is her first and most famous novel. According to an online interview, she said that she will prefer to choose a fresh newcomer for the role as He Yi Chen. However, ultimately a well-known actor may be chosen to increase the likelihood of the adaptation being successful. The filming will commence in June or July 2014.

Failed adaptations of “Hua Xu Yin”, “Summer’s Desire” and “There Will be an Angel to Love You Instead of Me” have worried fans of “Silent Separation.” This is especially important because the ideal image of He Yi Chen has made a deep impression in the psyche of readers.  Can the chosen actor portray He Yi Chen convincingly, to the point it will seem like he has stepped out of the pages of the novel?

Let’s discuss 5 Chinese male actors who are potential candidates for the role of He Yi Chen. I have included a poll for you to pick who you feel is the most suitable actor to portray He Yi Chen. The actor with the most votes doesn’t necessary mean he will get the role but at least we know who is the firm favourite with fans of the novel. Do participate, just for fun:P

END_OF_DOCUMENT_TOKEN_TO_BE_REPLACED 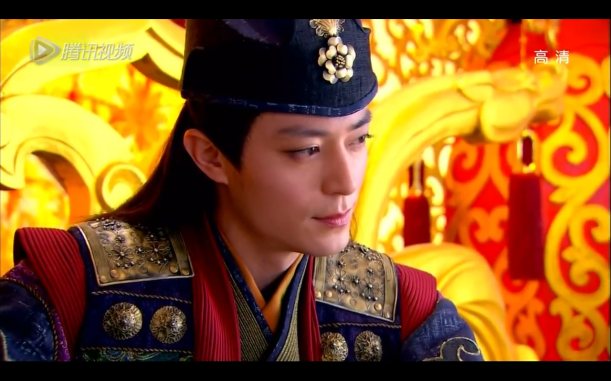 h00t. When I saw this, my jaw dropped and I could not think for a few minutes. It was like… So much prettiness *spazzes out*. The next (nearly rational) thought was, “Is this what WH would look like if he was cast as DFBB?”

Which of course led me to even greater heights of spazziness as I pondered on the next Yumama rewrite. LHC will be DFBB and CQE will be a female Linghu Chong (or Linghu Chonghua) . And its going to be all about the Doomed Love! story between a crossdressing heroine (whose best friend YLS is in love with her because YLS does not know LHCH is a girl and when she does find out, her grief sends her into the arms of LPZ) and a castrated DFBB (who regrets it because he can now do no boating). Because nothing much can top the cracktastic-ness of CQE’s female DFBB after this.

© 2013-2019 FANATICAL hui3r.wordpress.com ALL RIGHTS RESERVED. All translations on this blog are for non-commercial purposes. If you see ads on this site, they are a result of working through wordpress and were not placed by the blog owner. Unauthorized use and/or duplication of any material on this site, without the express and written permission from the blog’s owners is strictly prohibited. Please do not make a copy of our translations in pdf or any other distributable format because we edit our translations continuously.